I am for Romney

Voting for the next President of the United States concludes on Tuesday when we will know who has come through the US electoral college system and become the most powerful leader in the free world. 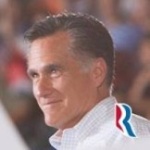 It probably will not surprise you that my vote, if I had one, would be for Romney. Obama has created a divided US society and has promoted a Gordon Brown economic strategy of spend and borrow.  It does not work and the US will rue the re-election of Obama if it happens.

Obama has proved that the US has moved forward from its racialism and this may well have been an important tokenistic gesture but it is no  excuse for re-electing a politician who will increase borrowing and not deliiver the American dream of self-sufficiency and confidence.