Following my blog Private roads – a route to perdition, a Bodicote resident who lives in Canal Lane and who sees, hears and suffers the destruction of the green fields outside her home has sent me a poem that expresses her distress. Here it is:

LAMENT FOR A FIELD

A field that once was farmed with care 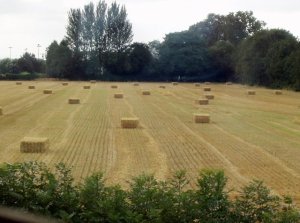 Resembling now a battlefield,
this precious soil will no more yield
the harvests rich of plump, full grain,
will never more be green again.
A brutal war with nature kills
the wondrous gifts, against our wills.

But who are we to have our say? 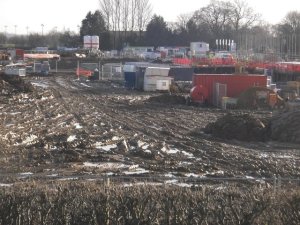 when “wisdom’s” voice holds all the sway.
And all about, we hear the shout
what madness brought this all about?
Ah! who will know the true endeavour
of reckless acts our peace to sever.
And who will hang their heads in shame
for countryside now lost in vain.

And who will mourn the creatures’ plight, the deer and badger put to flight,
The fox and rabbit, hare and mouse
all rooted out without a house.
The pigeons in confusion fly
in giant flocks up to the sky.
No place of safety now to stand,
they swoop and flounder, a terrified band. 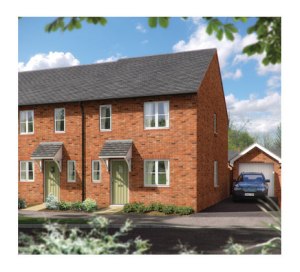 No more will birdsong greet the morn,
robbed of habitat, their silence, forlorn.
And larks’ sweet voice no more will raise
their chorus clear in hymns of praise,
ascending, and crescendoing
triumphant music on the wing.

Daily walkers’ expectancy
of pleasant scenes, no more to see,
but disappointment will meet their gaze,
crestfallen, dispirited with thoughts of rage.
The healing balm no longer there
to lifts their hearts, its grace to share.