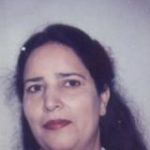 In my earlier post, I referred to Mrs Savita Sehdev who reached the Labour shortlist for the Banbury Parliamentary seat and I said that no-one had heard of her.  Well, Google has shed a little light on this lady.  It seems she is or has been a teacher of English as a Foreign Language and is based in Wolverhampton.  She can be found expressing her ambition to become a Labour MP in the following words – reproduced precisely:

Well I taught nerly 29 yr in this country. I have a long life experience in that field. During my teaching profession I experienced to deal with all the communities. I had a very good relationship with tthem.   I would like to carry on serving these communities. That’s why I want to become MP.   Please kindly send me the application form.

Here is the link if you want to check it out.

I don’t think I can add anything to her own testimonial.