I repeat below an extract from the Huffington Post blog with some amusement.

Ed Miliband’s policy agenda has been branded “pathetic”, “catastrophic”, “mealy-mouthed” and “bland” by the Labour Party’s grassroots.  The criticism for much of Labour’s policy platform came in response to the party’s policy review on its Your Britain website, which Miliband said aimed to “give a voice to members” as the party shaped a manifesto to win the 2015 general election.

An analysis of the feedback by The Huffington Post UK found that several Constituency Labour Parties (CLPs) are less than impressed with the party’s current offer to voters.

In a submission this May, the Labour Party in Oxford branded the party’s economic proposals “wishy-washy” and full of “anodyne general statements that mean little in practise”.

The Oxford party concluded after an all-member meeting that the leadership’s plan for economic growth was “bland”, adding that the party’s proposed industrial strategy also had “no evidence of what it would contain”.

Miliband’s proposals to reform the banking sector with a “tough ringfence” between the retail banking and investment banking arms were similarly derided. “Those are the sort of weasel words used by the coalition and we should avoid meaningless phrases,” the Oxford East and West constituency Labour party associations warned.

The Labour leader’s beloved “One Nation” mantra was dismissed as “overused”, with members saying that it was still reminiscent of the Tories and Victorian-era prime minister Benjamin Disraeli “to those of us [the majority] who have studied British political history”.

My thanks to the Huffington Post for this insight into the local Labour Party’s thinking. I wonder whether Andrew Smith (MP for Oxford East) and Lady Liz Brighouse (County Council Labour Leader of the Opposition) were present at the all-member meeting? 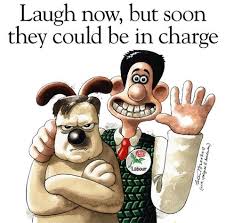 Qualified as a Chartered Accountant in 1967. Pursued a successful career in financial training and publishing until selling his interests in 1990. Elected a County Councillor for the Bloxham Division in 1989. Leader of Oxfordshire County Council 5 November 2001 to 15 May 2012. Chairman of the South East England Regional Planning Committee July 2002 to July 2005. Chairman of the South East England Regional Assembly July 2005 to July 2008. In HM the Queen’s 2007 Birthday Honours, appointed a Commander of the Most Excellent Order of the British Empire in recognition of services to local government.
View all posts by Keith R Mitchell CBE →
This entry was posted in Politics and tagged Andrew Smith, Brighouse, Miliband, Red Ed. Bookmark the permalink.