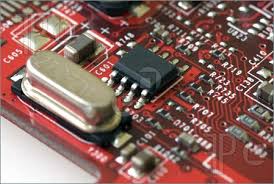 There are a few events in life that pull one back to a sobering reality. Most are a phenomenon of our reliance on modern technology like turning the ignition key in the car to no avail or putting the card in the cash machine to find it has run out of cash!  Then there was the time when we had a power cut at Nell Bridge House which lasted a long time and I said to Lynda “Oh hell, let’s go and have an Indian meal given we are in the dark here and cannot cook” only to realise that the absence of electricity meant our drive gates were locked shut with our cars on the inside!  No – a three mile walk to the nearest reasonable restaurant was not on the cards.

Yesterdays failure of BT Broadband falls into that category.  Although retired, I do a lot of voluntary work for Freemasonry, for The Mill Arts Centre and for the Adderbury Library Friends Group and I can do a lot of this using my computer in my study at home.  However, you need power to drive the computer and, just as important, you need a Broadband connection to the Internet. Without the latter, one is stopped in one’s tracks pretty quickly.

Years ago, when the telephone system went down, one dialled the local exchange and sought assistance. Today, one goes to the internet but not if Broadband has gone down and, suddenly, we experience the helplessness of being lost in a technological desert.  So it was yesterday around 2:30 pm when I realised the e-mails I was writing were stacking up in my Out Box and my web browser was showing signs of confusion.  I have two BT lines with Broadband and two routers so checked first one then the other.  Warning lights were flashing on both.  To get help in such an eventuality, one goes to the Internet but this was not possible and I had to rely on good old-fashioned paper technology.  My BT bills gave me a telephone number but this was not taking any calls.  My file of instruction books told me that the flashing lights on the routers indicated a fault on my Broadband.  I had thought having two BT lines was a bit of a precaution against one of them failing but there is not much to do when the whole BT system apparently melts down.

My Blackberry tried to help but was not really up to the job.  However, BBC TV news came to the rescue and explained that BT Broadband had suffered a major failure and, inexplicably, it seemed to affect many parts of the country.  Oxfordshire was certainly one of them but, just as the comfort of knowing the problem was out there and not inside my home, Broadband magically returned to life as instantly as it had gone off.

We live out in the sticks.  You can count the number of houses within a one mile radius on the fingers of both hands and it is idyllic to live away from the urban bustle.  However, it does mean that power cuts come pretty regularly and without warning.  A few weeks

ago, our power supply went down three times in one day.  At 5:00 am for 45 minutes; at 7:30 am for 11 minutes and at 9:00 am for 56 minutes.  The implications in a modern house are extremely frustrating: no lights; no oil-fired heating; no Broadband; no Internet; no telephone and a need to re-set clocks, cookers and alarms that do not have battery back-up.  Now, we can all change our electricity supplier if we think we can get a better price but the supply is carried over a single distribution network for which we have absolutely no alternative.  It is the distribution company that has responsibility for outages caused, I suspect, by some disturbance to the overhead power cables or the myriad of sub-stations that bring electricity to our homes.  Nothing to be done here if the distribution company will not invest in strengthening the network.  It seems to be the same with Broadband.  While there are different suppliers, they all rely on the one network and, if that fails, we are all stuck in a technological desert when we have learned to rely so extensively on IT that we take for granted.

I have no idea what the solution is but we need someone to find one.  The implications of a terrorist attack on our IT networks is too awful to contemplate so I think there is some considerable urgency to this question.

Qualified as a Chartered Accountant in 1967. Pursued a successful career in financial training and publishing until selling his interests in 1990. Elected a County Councillor for the Bloxham Division in 1989. Leader of Oxfordshire County Council 5 November 2001 to 15 May 2012. Chairman of the South East England Regional Planning Committee July 2002 to July 2005. Chairman of the South East England Regional Assembly July 2005 to July 2008. In HM the Queen’s 2007 Birthday Honours, appointed a Commander of the Most Excellent Order of the British Empire in recognition of services to local government.
View all posts by Keith R Mitchell CBE →
This entry was posted in Local, Politics and tagged Broadband, power cuts. Bookmark the permalink.